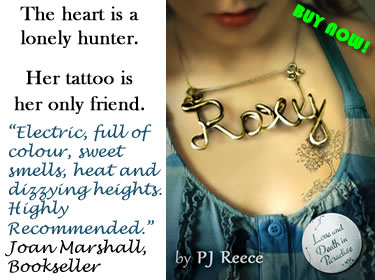 Born February 20, 1988, Robyn Rihanna Fenty who performs under the name Rihanna, is a Barbadian singer, model, and former beauty queen. She also serves as the cultural ambassador for Barbados.

In early 2008, Rihanna revealed her tattoos to eagerly awaiting fans in New York, a collection of stars plunging down her back.

It was her sixth tattoo, in fact at the time she already had at least five other tattoos - a music note on her right ankle, a Pisces sign behind her right ear, a star inside her left ear, the Roman numerals XI IV LXXXVI on her left shoulder and a Sanskrit prayer going down the hip. Since then she has added at least another six tattoos that include a small skull with a pink bow on the back of her left foot, "shhh..." on her right index finger, "love" on her left middle finger, an Arabic phrase on her ribcage area reading 'Al Hurria fi Al Maseeh' translating into Freedom in God. She has a tattoo is written in reverse so she can read it in the mirror. It says "Never a failure, always a lesson" tattooed across her upper right chest – in light gray ink. She said, 'It’s kind of my motto in life for everything.'

Rihanna has admitted that tattoos for her are like an addiction. "I like hanging out in tattoo shops" Rihanna has said. "I am so intrigued by tattoos. It's an entire culture, and I study it. Sometimes I go with friends, or just by myself. I get bum-rushed, but I don't care. I don't take security."

Her newest (for now) is a traditional Maori hand tattoo which was applied by mallet and a chisel, bringing her tattoo count to 20+.